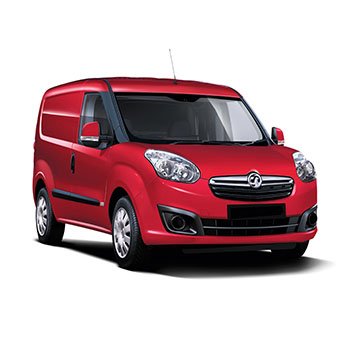 We offer a wide range of racking and shelving options for the Vauxhall Combo. If you know what you’re looking for, you can browse our range of premade racking kits designed to fit the Combo as well as a wide selection of shelves and accessories by selecting your model variation below. If not, we also offer a FREE design consultancy service where we build a 3d model plan of your van with racking - find out more

Vauxhall Motors Limited is a British car manufacturer, and a fully owned subsidiary of German car manufacturer Opel, which in turn is owned by Groupe PSA of France (parent of Peugeot, Citroën and DS). This explains why Vauxhall's range is the same as Opel, but the Vauxhall brand is only used in the UK. Originally founded back in 1857, Vauxhall began producing cars in 1903, then was bought by General Motors in 1925. The Vauxhall/Opel Combo van shares the same platform and bodywork as the Peugeot Partner and Citroën Berlingo.

Alongside the Peugeot Partner and Citroën Berlingo vans, the Vauxhall Combo has jointly been awarded the 2019 International Van of the Year at the IAA Commercial Vehicle Show. The name "Combo" was previously applied as a suffix to a three door panel van body style of Opel Kadett E from 1986 until 1993 and known as the Kadett Combo.

The Combo B van first appeared in 1993, with the second generation Opel/Vauxhall Combo C model introduced in 2001 with sliding rear doors. Combo D, third generation was manufactured from 2011-2017 and was based on the Fiat Doblò. Launched in 2018, the fourth generation Vauxhall Combo van has a huge load area as standard and a payload of up to 1,000kg - read more